If memory serves, it was sometime in the winter of early 1995, while on some long night drive back to Ann Arbor from a gig, that my longtime bestie and spirit brother, Stuart Bogie, put on a copy of the then-recently recorded Symphony of Sorrowful Songs. The van became quiet, the transfixing qualities of this music apparent even over the white-noise din of the highway beneath us.

It is a patient and haunting thing, Henryk Górecki’s Third Symphony. This discovery was made all the more vivid by the phase of life I was in when I sat there listening for the first time, of youthful wonder and the deeply felt intensity of the new. Needless to say, I spent countless more nights, mornings, and afternoons listening to this masterwork, trying to hear everything that was there to be heard, to see it clearly and in all lights. These obsessive listening habits of mine, which continue today, certainly weren’t reserved for this one piece of music, but the Third Symphony was that rare instance where I additionally became resolutely enamored of the idea of inhabiting said music, performing it myself, and experiencing it from the inside out—as well as from the outside in. Then, as now, I spent most of my time focusing on original composition and less on performing the music of others, so this impulse was exceptional. I had been bitten and could already hear it in my head—all that gorgeous haunting, streaming through the filter of my own medium and aesthetic. And, there it stayed—floating around in a jumble of thoughts and intentions—until very recently when circumstances provided a clear invitation to make those ideas real and whole.

My sister, Megan Stetson, is a mezzo-soprano, and we have been discussing the prospective and eventual production of what would become the SORROW project since those first years of my obsessive listenings. Megan, along with the inner circle OG Ann Arbor sax squad of Dan Bennett and Matt Bauder, were the first people conceptually and logistically involved. My friendships and collaborations throughout the years with Montreal string players Rebecca Foon and Sarah Neufeld, with NYC-based guitarists Grey McMurray and Ryan Ferreira, with the exquisitely unique abilities and musical maneuverings of multi-instrumentalists Shahzad Ismaily and Justin Walter, would all become bright shining lights in my musical landscape and ultimately fit perfectly into the general concept of this recording, each bringing their own particular musical persona and voice. My 2012 meeting of drummer/phenom Greg Fox, at our beloved Zebulon, was the last piece to the puzzle. His playing in the post–Black metal band Liturgy was hugely inspiring to me, and the two of us, in our early improvisations and discussions, fed directly into the formation of SORROW.

I’m not sure I’d define it an obsession, but I have been deeply drawn to concepts of extreme density in musical spaces for some time now, specifically how they can be used to manipulate the listener’s perception of the passage of time and their sense of self or ego. Drawing from traditions of more noise-centric musics and sound design, hyper-dense rhythmic structures, and consonant, conventionally harmonic forms, I am continually intrigued by ideas of attention and the capacity to be aware in listeners, and how I can use these experiential resources to exploit the potential limitations.

By employing inherently harmonic figures with universally recognized emotionalities, which are subdivided in the extreme and then temporally paced on the continuum of the very gradual (as in minimalist frameworks) and layering these figures with non-harmonic, rhythmic, and textural densities, composition can harness the emotional attention of a listener by quickly maximizing that attention—in essence “freezing” their consciousness, or experientially creating an erasure of the self through an intentional sensory overload. All of this has been affectionately and generally referred to in my many discussions with Greg Fox (and I’m sure many, many others) as “maximalism.”

I would compare this physiological phenomenon to experiencing one of James Turrell’s light rooms, wherein the experiencer is successfully driven into a state (multiple times over) of selflessness and of an utter loss of ego through simple over-saturations of light and color. These potential states are what currently inspire me in my solo music, work for film, in the music of my post-metal group (EX EYE), and what was my primary goal and approach in adapting Henryk Górecki’s masterpiece.

On its face, the Third Symphony is perfect for such treatment. It is harmonically modal and generally simple in form and development—sharing much of its musical DNA with the 20th-century minimalist tradition in its layered, canonic structures and is, nearly universally, captivating in its emotional weight and haunting melodies. Building on this foundation, I employed a methodology of addition in the form of a profoundly different and diverse set of instrumentation from the original and of several subsequent alterations of duration throughout its three movements. This new instrumentation completely reconfigures the music’s structural hierarchies and became the primary domino to fall in the process, creating most of the textural, contextual, and informational saturation I was after. The alteration of duration, or time-stretch, is then simply a necessary reaction to—and inevitable result of—the change in instrumentation.

I didn’t want to engage in any sort of subtraction, or alteration, at the level of the notation—that being the source of the emotional integrity and accessibility of the original score. In the past, I have used the metaphor of painting to describe this, and I still like it. My desire was not to change existing brush strokes on the canvas, but to simply extend them in every direction. As such, an early and youthful impulse to engage with this music in some personal and contrary way merged with two decades of accumulated conceptual and performative growth and with the inspirations drawn from all the dear and genius friends who lend their talents and time to this project, to finally come to fruition in our record, SORROW—a Reimagining of Górecki’s Third Symphony.

This band is a collection of virtuoso singularities, each and every one a soloist, a bandleader, or both. Thus in addition to the multi-timbred and textured hierarchies created by the drastically different instrumentation—the original orchestral work called for a much more homogeneous sonic palette of predominantly strings with few woodwinds/brass—a multiplicity of theatrical characters are also present. The resulting antithesis to the specific and holistic qualities of the orchestra is something that was at the heart of my initial mental iteration for this reimagining.

If in the orchestra we see an opportunity to “out of the many, become one,” then perhaps this approach and my work in general could be described as “out of the one, becoming many.” 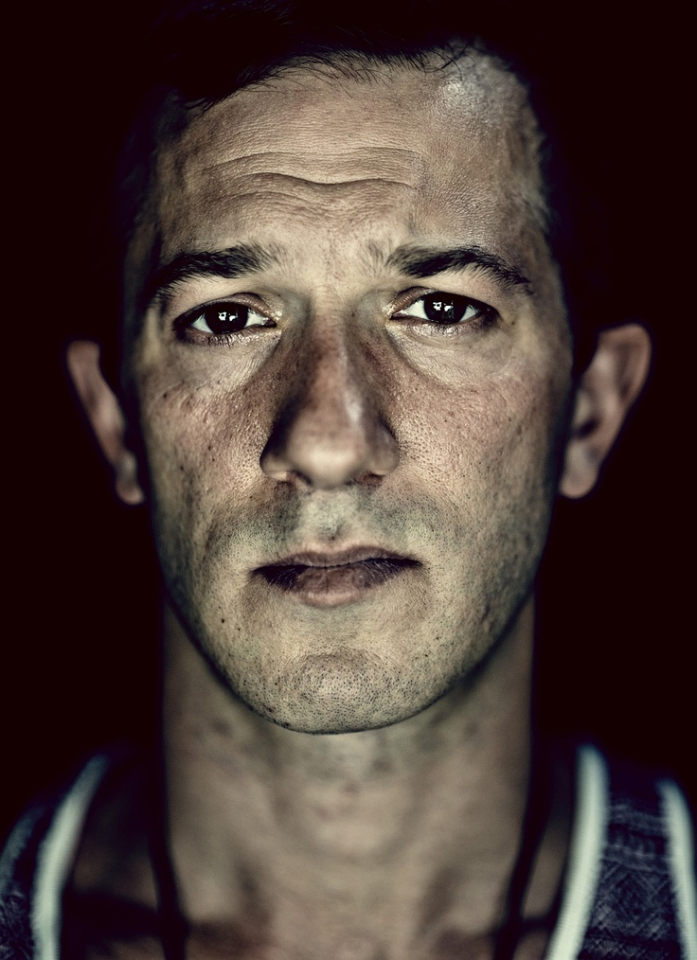 Colin Stetson was born and raised in Ann Arbor, and spent a decade in San Francisco and Brooklyn honing his formidable talents as a horn player, working extensively live and in studio with a wide range of acts including Tom Waits, TV on the Radio, Arcade Fire, Lou Reed, and Laurie Anderson. Meanwhile he has developed an utterly unique voice as a soloist, principally on saxophones and clarinets, his intense technical prowess matched by his exhilarating and emotionally gripping skills as a songwriter.